In love with dogs and somersaults - interview with Dimitry Fedotov

He arrives for his Budapest workshop wearing a vest full of patches in the shapes of skulls and marijuana leaves. “My students gave it to me. I mean, the vest got torn and they fixed the holes with patches”. Dimitrij Fedotov visited Budapest’s Dollhouse Pest studio to amaze audiences with his nearly inimitable tricks. 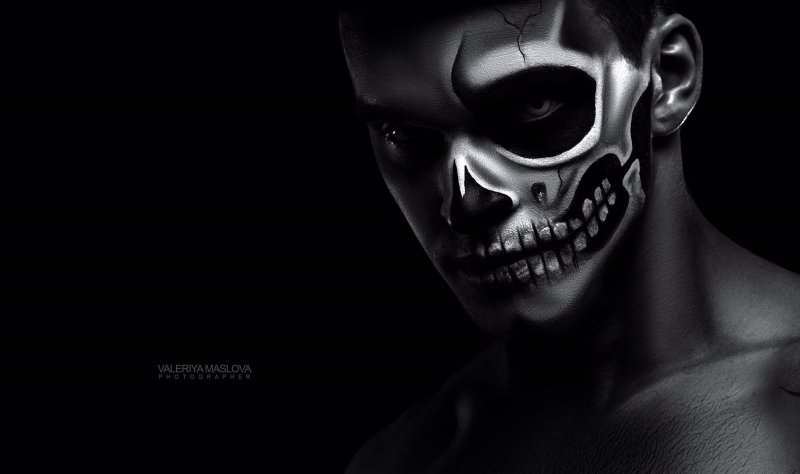 If you could give us some background info… What did you do before pole?

When I was a kid, I used to climb trees all the time. It all probably started there. Then I started dancing at the age of 15 which included some acrobatic elements. I danced for 2 years and then I did a bit of parkour. Then, perhaps a bit too late for my age, at 18, I started gymnastics. I was very lucky as my gymnastics coach was like a father to me and I am so thankful to him. I was also a university professor of International Affairs but I left that behind for pole.

How did pole come into the picture?

By absolute coincidence. I did the flag on the street, took a picture of it and posted it online. The girls who attended the local pole studio saw it and invited me to check it out. This happened 6 years ago.

I did. The girls showed me one or two spins but those were easy. At the time, I used to watch one of the first pole videos of Evgenyij Greshilov, then I started working on my own. 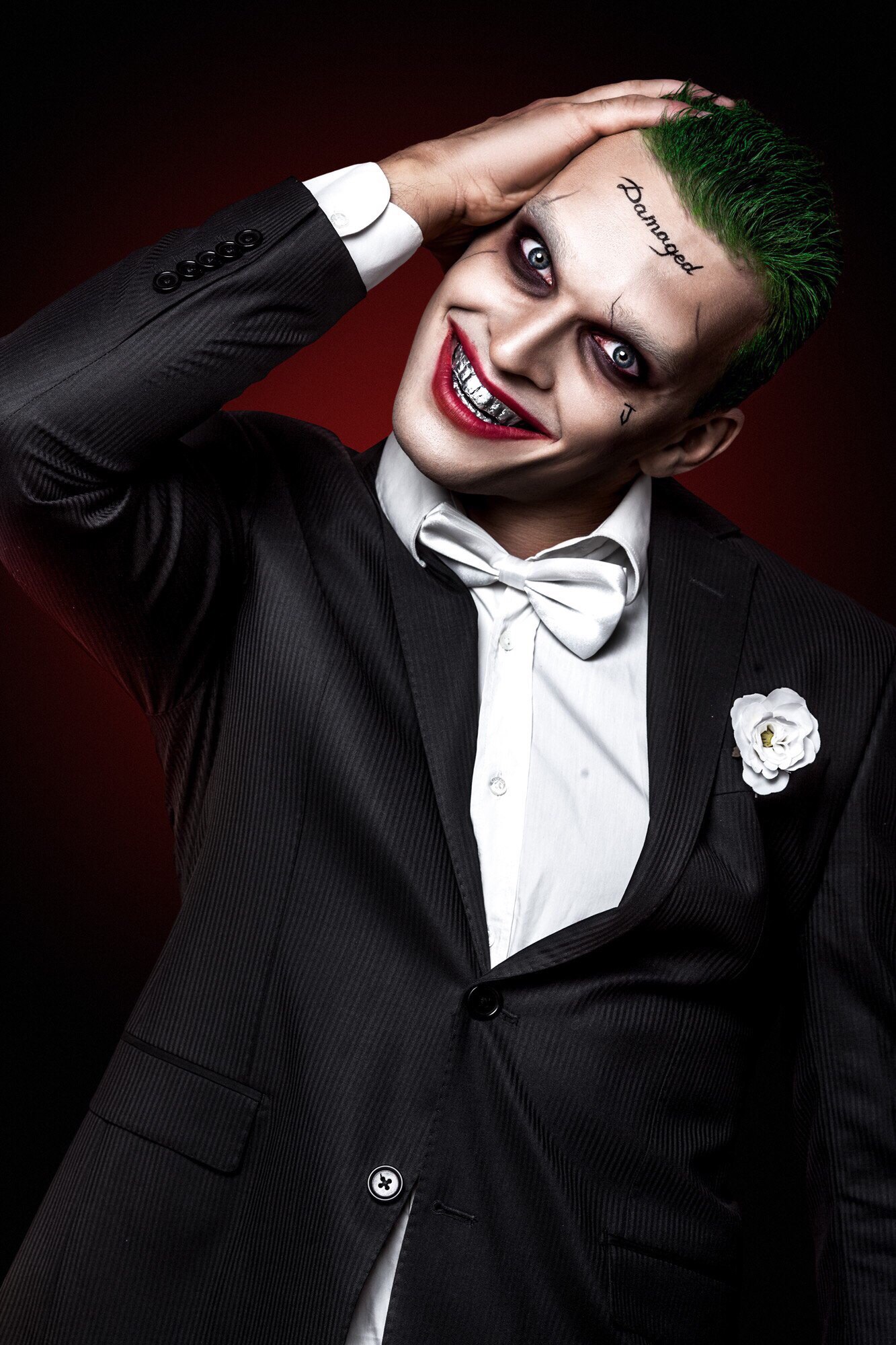 On stage, you have impersonated Jekyll, Mr Smith, the Joker - how do you get these ideas?

For me, music is crucial. I hear a piece of music and a character comes to mind, with whom I start to work. The Joker came like that too. I originally wanted a villain. Then I realized “hey, this is just like the Joker!”. I also wanted to incorporate some magic tricks including a stick but during the rehearsals, it simply did not work. Then I wanted to do something with cards but I did not have the time to learn anything truly impressive. The Mr and Mrs Smith duo was Alyona’s idea and also chorography

How are doubles different?

I love duos, especially the part that I get to work with so many different partners. Every one of them is unique and they bring new experiences. We had different ideas when we were performing an exorcism with Tatyana (they won first place in PoleArt Italy 2016 with Tatyana Gordienko), then again, it is different when I work with Alyona. I also think that a piece should not be performed on stage more than two or three times. 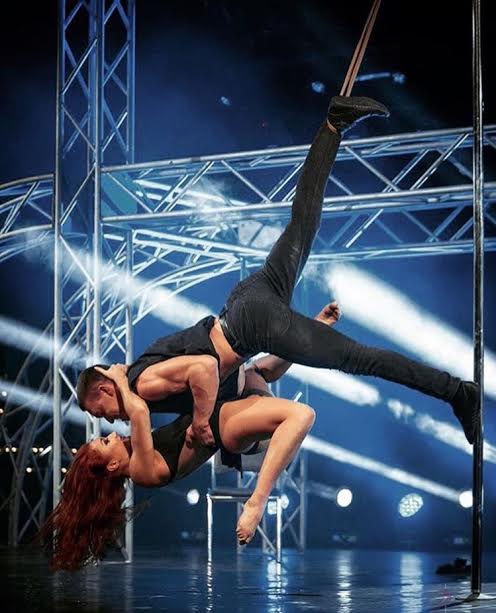 How do you feel on stage, do you have stage fright?

Did you ever have to improvize?

Of course. To be perfectly honest, I am not always a 100% percent sure if a trick is going to work on stage. There was a time when a dangerous somersault was added to my routine one day before the performance. And of course there were times when my foot was not steady enough in the strap and I did not want to adjust it so I changed the choreo a little bit. In such cases, I consider whether the wilder version could work and if so, I do it. This is usually not apparent to the audience.

There were times when the pole “hit back”. That is why you always have to check how flexible the pole is. You have to know how much you have to push yourself away from the pole in case of an acrobatic element.

Have you ever had an accident or come close to having one?

Not really. I always use padding for the riskier tricks. Well in the old days all I had was a thin yoga mat...

How many times do you train a week?

I usually train at least 3 times a week, after my classes (Dimitrij teaches in Kharkhov). I also do cross-fit as well as trampoline training once a week. We also come together with the guys from Russia from time to time.

Do you have any new plans?

I do have an idea that I would like to realize. But I don’t compete just for the sake of competing. If there are no ideas, I don’t do it.

What are your goals as far as pole is concerned?

I have one goal: to constantly improve.

What do you do off-pole?

Teaching is my real passion - interview with Sarah Scott