This year's (first ever) PoleArt Hungary's head judge was Dimitry Politov. Known for his unique acrobatic moves and insane flips, he can definitely be called a pole star. We had the chance to pick his brain about PoleArt, acrobatics and the future of pole fitness for men during the break of the event. 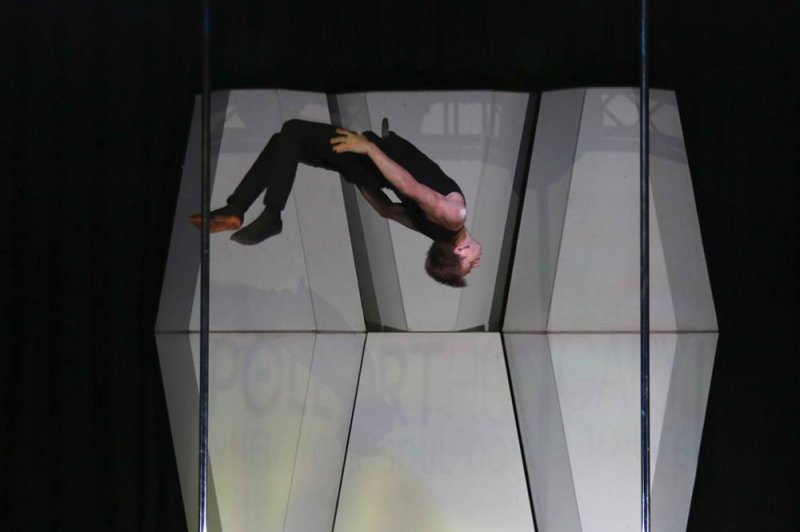 You’ve been competing for a while now and have won a number of competitions, but judging is obviously different. How is judging and what are its challenges?

Judging is different and difficult. Sometimes even harder than competing, because when you are competing, you are confident and only think about showing your routine and doing it well. But here, I am trying to be objective and focused at the same time. Sometimes when you compete you think that the judges didn’t give you high enough scores, and maybe they missed something, so I am trying to be the judge that I as a contestant would like to be judged by. That is the difficulty, it’s quite hard.

PoleArt is a very specific kind of competition. What do you think is so special about it that basically every country has one now?

That's true. It became so popular, Pole Art is in every country, PoleArt Hungary, PoleArt Swiss, PoleArt whatever. It’s a special concept but the contept itself does not always met the way it should be. Because if it’s art, it should be artistic, original and creative. And sometimes, basically in every country, people still use it as a sports competition, showing off the same tricks. It should be accepted as an artform, so contestants would perform and not just do the same tricks over and over again. Even now, I only saw a few categories but I see all the same tricks. Maybe the teacher is the same, but this should be avoided. The doubles were different and original however. 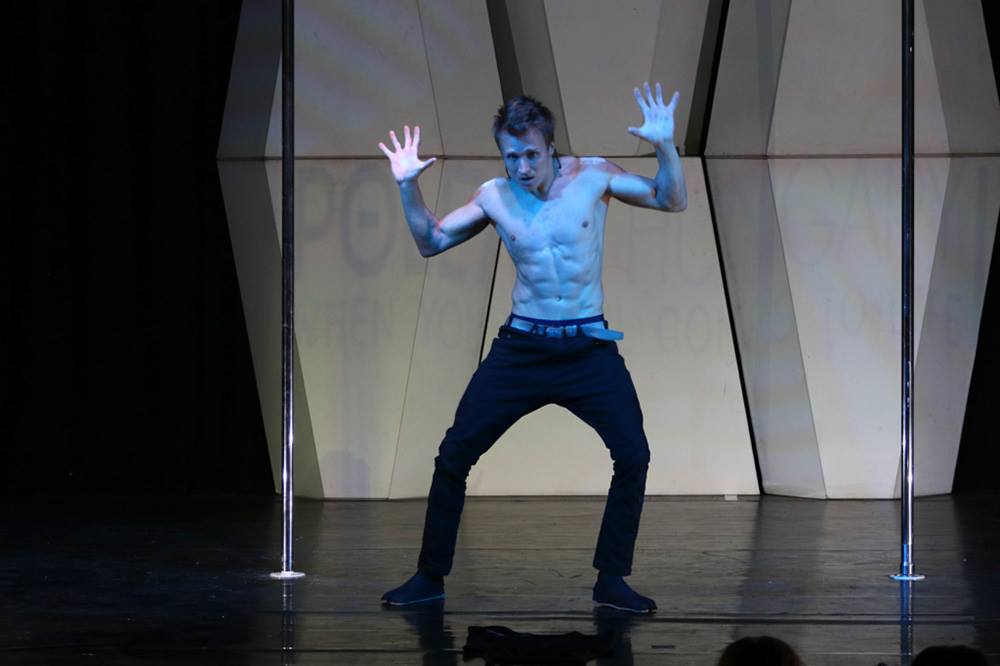 In your past, you have been doing break dancing and parkour and then you found pole. How did you find pole dancing?

A girl sent me a message of a guy performing and I watched it and I said 'I wanna try it'. And I started trying on street signs, and later I learned some moves and then I bought my own pole and started training.

You said before that pole has given you a freedom that no sport has given you before. What does that freedom mean to you exactly?

I can only compare it with break dancing and freerunning because that’s what I did. With those, you can’t tell a story or show that many moves in one routine (3-5 minutes). In pole dance, there are so many things you can do to talk to the audience, to show the tricks, to create an illusion… some magic. It gives you not only the floor but height, vertical space as well.

You had no official training, and learned on your own. What was the inspiration, did you fall a lot?

I still fall. (He laughs.) It’s very common, everyone falls. When I started, I found inspiration from pole dancers I was watching, boys and girls, and chinese pole. Now I look a bit further. I watch contemporary dancers, krump dancers, break dancers, many other things. I do this because when you watch pole all the time, you find your idols, which is good to some extend, but if you get too crazy about it, you just limit your consciousness, the way you think about pole dancing, and you get set on performing one way. But when I watch break dance or freerunning or anything else, I get some more ideas, like 'Maybe I’ll try this on the pole', maybe create a new element. 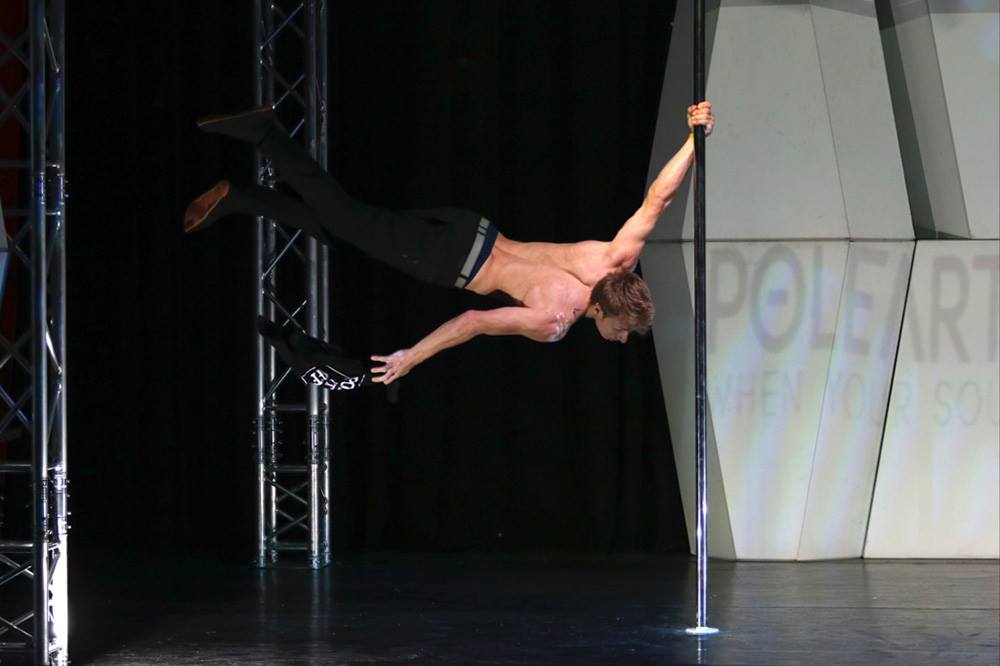 Because of your past, your style is very acrobatic. Many people find that inspiring. What advice would you give to those that are interested in this direction but have no past in acrobatics?

The first advice would be to go to acrobatic gym classes. Just to try it. There are many ways to do flips on the pole or other acrobatics that are not so extreme. Many of my tricks are extreme, just because I like them and really want to do them this way. But you don’t necessarily need to do extreme. If you are afraid of it, you don’t need to do it. If you really want it, you will find a way to try and you will find a way to learn.

You teach a lot of workshops. What does teaching others give to you?

It gives me so many things emotionally. The feedback. Not just when people say ’Thank you’ but when I see people who cannot do something and then I help them and they can do it, and I see how happy they are. I feed off of that happiness and energy.

Regarding that prejudice that is present, do you feel that there is a shift in people’s mindset? Is the future looking brighter for male pole dancers?

Yes, there is a change. Many active people see male pole and understand it. Even on my Instagram or Facebook pages, I see how it changes. There are parkour societies, they are up-to-date, they are smart and modern, but some of them still consider pole as striptease. I posted several times in parkour communities, my tricks and flips with me being totally dressed up and only doing crazy flips and still, there were comments like 'Look, what the hell is this crazy stripper doing?'. Why stripper, I don’t know. But I think it’s changing slowly. I don’t care what people say about it. When they comment and say these things, it’s normal, because strippers, feminine male pole dancers do exist. You cannot change the opinion of people in retrospect and cannot erase what exists. 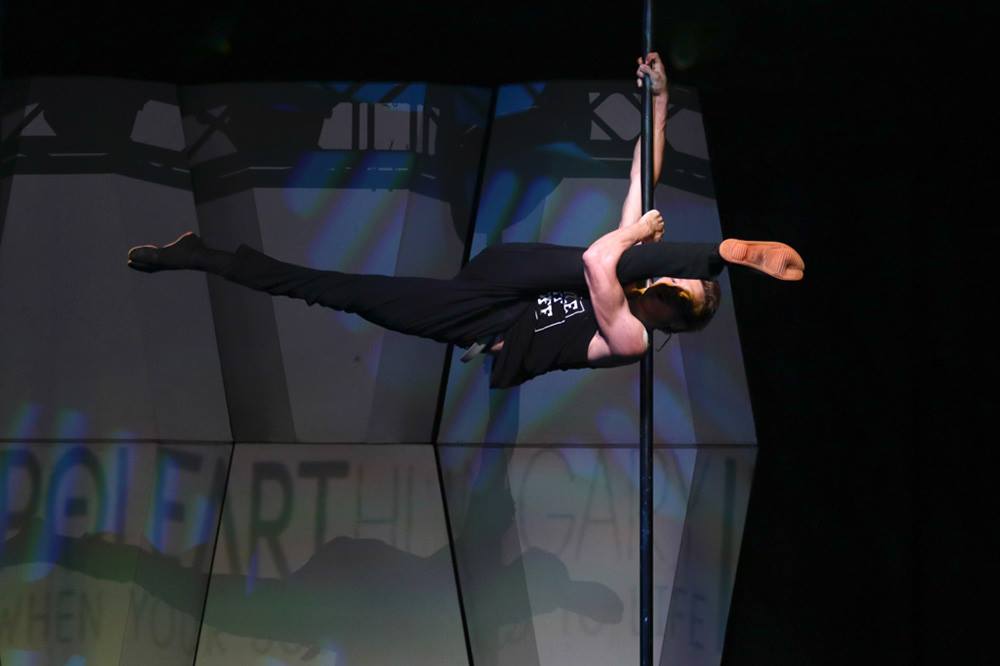 Many people still think that male pole dancers are unusual and there are many people who are prejudiced. What did your wife think of it for instance?

She thinks it’s normal, because the first time I showed her, she just said, 'That looks good, why not?'. The first male pole dance I saw was not very feminine. It was chinese pole and I didn’t have a stereotype in my head about striptease or girl’s style and for my wife it was the same. We both thought it is a good way to show some tricks in vertical space.